Beauty and the Beast 2017: A Movie Review

Beauty and the Beast has always been my favorite fairytale. Of all the stories I read, this one appeared to be as close to a real representation of love as a fairytale could be. Two outcasts, trapped in worlds that don't accept who they are, find comfort and solace in eachother through the relationship they build over time.
As a live action adaption of the 1991 beloved animated classic, the story, music and casting did this movie justice.
There were a few complaints that I heard of before I saw the film:
Emma Watson's singing
The animation of the Beast
Belle's ballgown etc.
Emma Watson didn't have a strong singing voice, but I liked how pure it sounded. The animation of the Beast could have been better, but I didn't mind. As for the ballgown, I loved that when Belle twirled, it looked like a rose blooming.
(Fun fact: Emma Watson requested a light and airy dress that was easy to move in. This emphasized the importance of freedom to Belle's story.)
I guess if I were to complain about one thing, it would be the fact that Belle didn't walk "with her nose stuck in a book" during the village scene.
For me, the film was more than I could ever ask for in a remake.
We witness the history of the characters, and we learn and grow with them. The songs that were added to the film give it an extra dimension that builds the world of the story.
We learn why the Beast was so beastly in the first place, and we see what Gaston hides behind his vain mask.
One of my favorite additions to the story was the fact that Belle (Beauty) asks her father for a rose as a keepsake from his journey. This is true to the original fairy tale and also influences Beauty to take her father's place.
All the original songs are there, including the best version of "Gaston" I have ever seen. But the addition of the Beast's ballad, "Evermore" will break your heart if you have one. The melody "Home" from the broadway musical is also used in a few important moments and an element of travel was woven throughout the imagery and the theme of the narrative.
Without giving away spoilers, I give this film five out of five enchanted roses.
Nothing will ever replace the original, but I couldn't have asked for a more beautiful tribute to a tale as old as time. 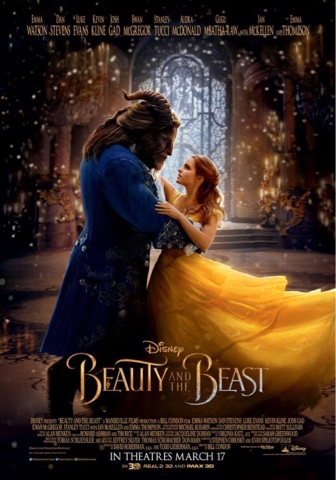