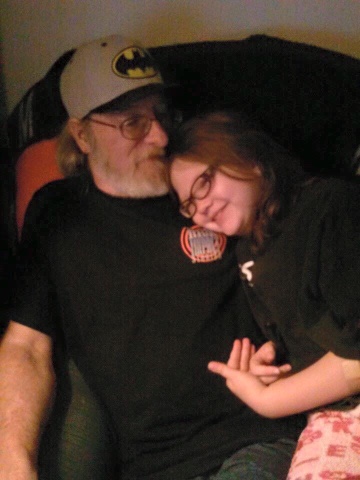 On Grief and Life 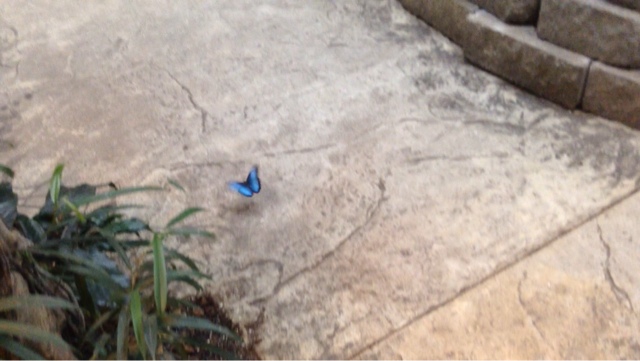 Grief. It's something that no one likes to talk about.  I took a class on it years ago, and I learned a lot. But the most powerful image of grief came to me as a scene from Avatar the Last Airbender, and it has stuck with me ever since I first saw it on the season two finale.


This moment has stuck with me, because I have lost many people in my life, and I'm not really sure that there is a great way to handle any of those situations.
Grief is a complex thing, and no one handles it the same way. There are stages, but there are also defenses, coping mechanisms and flat out denial.

For me, I would like to believe that love is never gone, even when the person has moved on.
As Guru Pathik tells Aang, "Love is a form of energy."

I lost my uncle today. But I have many fond memories with him, and those memories will always be there. The most important thing is, I was able to talk with him, and I have seen him happy and alive.
Am I okay? No. But I don't need to be. He was my uncle, and I miss him.
I will always remember his animated personality, and his love of comics, cards and collectibles.
My uncle gave me my favorite pokemon card for free when I was seven!
He was always talking about super heroes, comic books, Magic cards and video games.
I watched the last Lord of the Rings movie with him, and we had a fun philosophical conversation about what the future will be like. We talked about Final Fantasy, Middle Earth, and Harry Potter.

These memories are things I treasure, and I will never forget the details of where, when and how they happened.

Grief is necessary. It's not fun, and it's not considered a brave or strong act, but I believe it is.
I believe that it is important to honor the connections that we have. It's one of the things that make us human. To go through grief, no matter how big or small is a brave act. Because you lived. You shared moments with the person that is gone. And those moments alone are precious.
If it didn't matter to you, it wouldn't hurt. And because it does, that hurt is a blessing, because moments spent with other people are part of living. Each moment is special, and the fact that you had those moments with them, that's what make living worthwile.
So I will remember my uncle today, and I will write something for him. 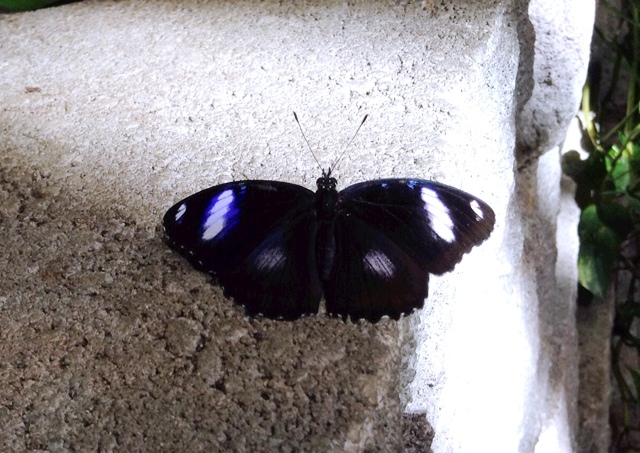 Posted by Sarah Golden at 4:01 PM No comments:

In the spirit of Halloween, I decided to do a set for each of the kids who were rotten to the core: 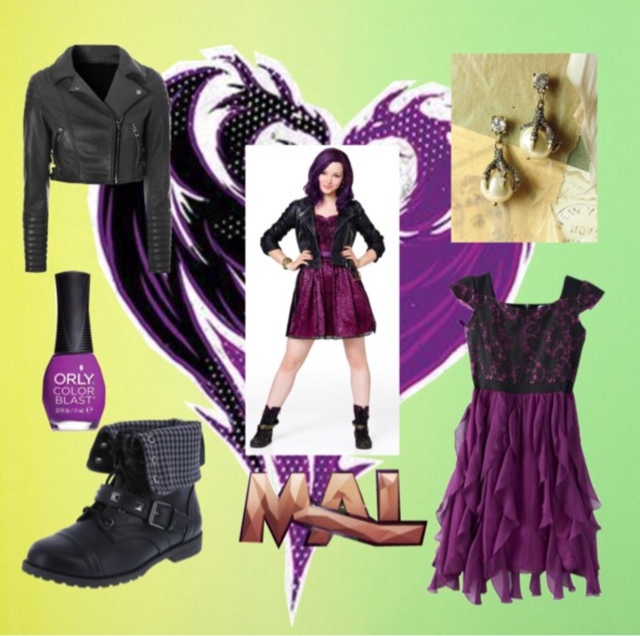 Mal's outfit is a simple dress with a black leather jacket. Her earrings are the exact product used in the film, and I used her icon for the background. 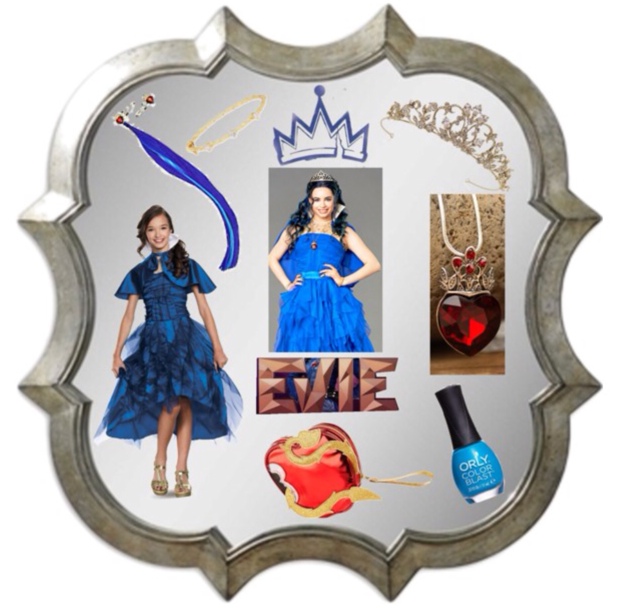 Evie is a fan of mirrors, so her look, a coronation dress costume and a few details (the blue hair and nail polish) was easy to organise. The necklace is a fan made product on etsy, and the tiara and bracelet are random finds on Polyvore.
More details here:
http://www.polyvore.com/evie_disney_descendants/set?.embedder=3527081&.src=share_app&.svc=pinterest&id=177404685 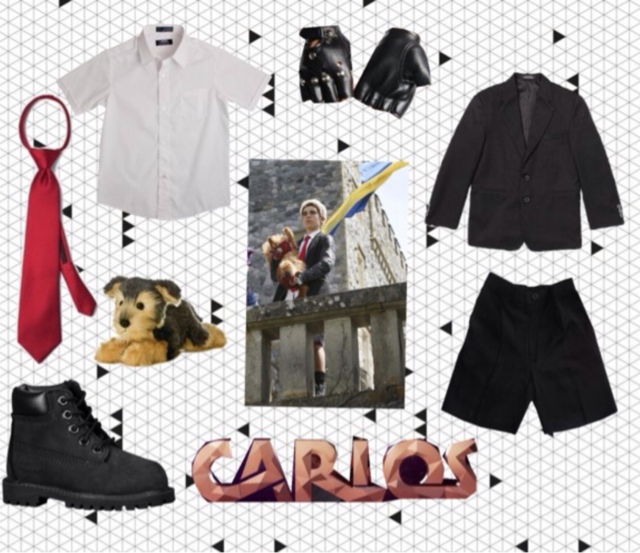 Carlos didn't even have a costume! So I used a simple color palatte from his formal outfit in the film. I added the stuffed dog for a prop, and used a black and white background for obvious reasons.
More details here:
http://www.polyvore.com/carlos_disney_descendants/set?.embedder=3527081&.src=share_app&.svc=pinterest&id=177395590 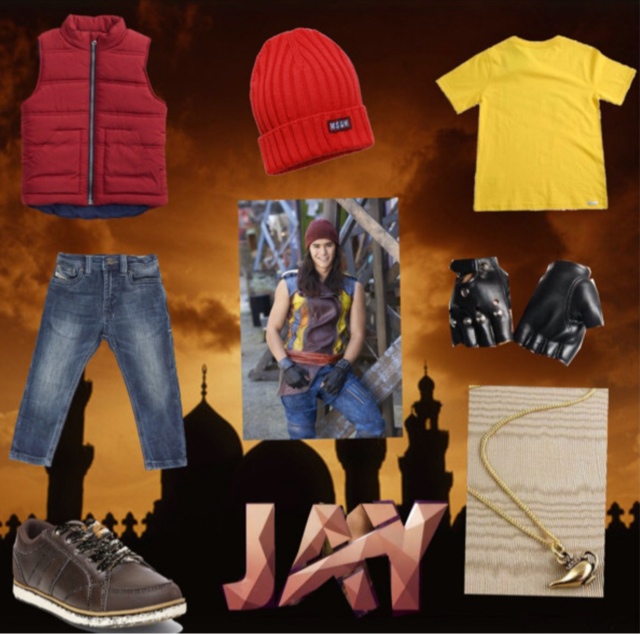 Jay's outfit was a color pallate of red, blue and yellow. I threw in the Aladdin lamp necklace for a signature prop.

These sets were a lot of fun to make, and I hope I did each character justice. I might do a set for the Auradon Prep kids in the future. If you have any requests, let me know. :) 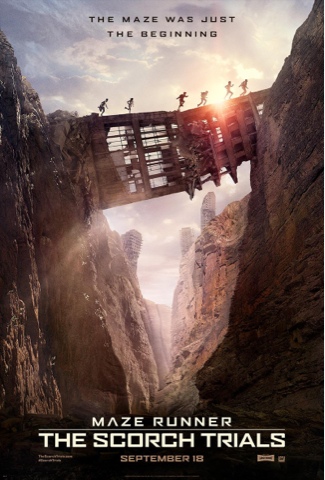 As a reader of all three books in this series, I must start with, the movie was different from the book.
As all movies must adapt to different forms of story telling, some events in The Scorch Trials were crucial, and they were addressed with completely different scenes.
Now, with that out of the way, the actors did a phenomenal job with their roles as Thomas, Newt, Teresa, Minho, Jorge, Aris and Brenda.
The story was very different in terms of how they described the Flare and how little information they revealed about the Cranks and The Right Arm.
As a film, The Scorch Trials transitioned from action scene to action scene and it raised the stakes very quickly for the audience. But many of the scenes were not necessary in terms of the overall series and what little they revealed to the audience.
In the book, Thomas and company are split up among the groups A and B with a new character named Aris leading group B. The Scorch is another trial for the kids to go through, proving their worth to WICKED for the hope of humanity.
In the film, the kids escape through the Scorch from WICKED's clutches, but they still endure the same events to an extent that the trial demanded of them in the book.
The film's goal seems to have been leaving the audience in suspense and waiting for Thomas to call the shots as the story moved along. The film didn't explain The Flare virus at all. It was shown, but not in a way that the audience could grasp the way it worked. Also, Aris's character was completely different in the film than the book. His role in Thomas's trial was lessened and most of the plot development for that part of the story fell to Teresa.
With one more film left in the series, I wonder how they will explain the virus, and if they will follow through with the book's story in terms of the overall actions that Thomas, Newt, Minho and Teresa will perform.
The film ended on a very different cliffhanger, completely unexpected by both the book's fans and the movie goers.
This approach to the story may still work, but they will need to explain the Flare virus in more detail in the last film, so the audience can understand the motivation, not morals behind WICKED and why Thomas is so important.
As a film, on its own, out of the book series, I would rate this movie four out of five tattoos.
It was entertaining and kept the audience on its toes.
As an accurate representation of the book I would give it three of of five tattoos because some crucial information was glossed over, and characters' roles were changed and cut during important events in the story.
I'm hoping that the Death Cure will describe the Flare and why WICKED has been torturing these kids to find a cure. Thomas's role should also be explained, and the story's events will have to be addressed.
Posted by Sarah Golden at 6:43 PM No comments: 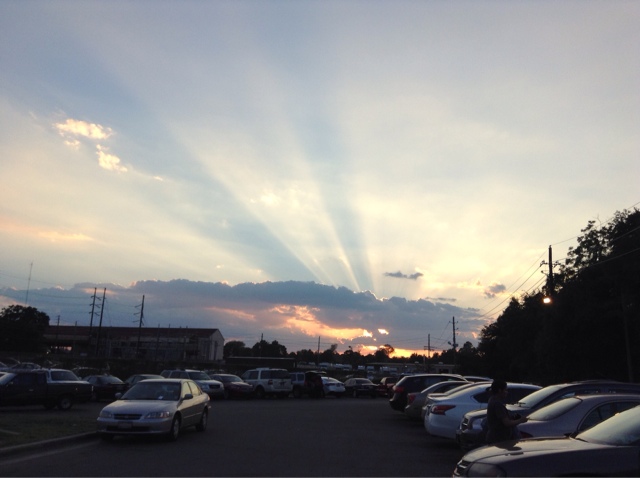 We take it for granted
nearly every day.
It's always there
but not always the way
that we see the world.
It doesn't go
according to plan
It can be a mess.
It can be a clan.
Meaning is found
in the smallest details.
Motivation in time.
The purpose to be
a person in this world
can come from many things.
Dedication
Compassion
Belief
Hope
Whatever the element
that keeps you
on your path.
Never forget it
could change in a moment
and you must rebuild
from scratch.
Whatever your struggle
Whatever your pain
Belief in yourself
will help you
dance in the rain.
Posted by Sarah Golden at 6:42 PM No comments: